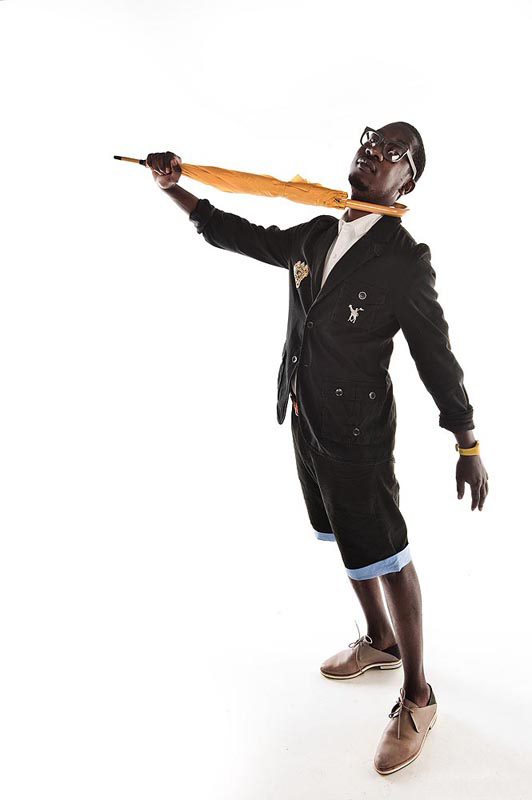 I know that the way you used to get “introduced” to a new city was very much through hearing and the contact with those who work with the sound media. When you visit or revisit a certain city, do you have other ways of recording those moments?

The way I record things is through memory. I’ve always loved to travel without maps – although I recon that smartphones have changed my relationship with maps. Today I am more receptive in including them to my traveling rituals. Before, those rituals would consist in discovering first the places where music was sold – vinyl records, another ritual – and from that I would build my own tourist route, which always included concert halls, clubs or any other place where I could experience music. That way of traveling has change for me throughout time. As I became a full time musician, I stopped going to music stores and I became interested in other artistic manifestations: design (fashion, objects, etc.) and today the arts are my starting point in discovering a new city. This happened with Copenhagen, for example. In Berlin I found out about these objects designed by a danish designer called Henrik Vibskov. And the first thing I did when I landed in Copenhagen was to visit his flagship store. I rented a bike and there I went. No maps, only the street’s name and a door number. And that opens the opportunity to chance, because you start asking and interacting with the city in a very organic way. We then found out about other designers and other artistic manifestations that were related to the world of the first person we became so serious about. And in this specific case, Vibskov allowed me to understand a new aesthetic universe – from fashion to architecture, another of my fascinations. In Copenhagen I always stay at the “Stay Apartment Hotel” in the artificial island of Brygge. It’s an industrial building that occupies an area of around 25.000m2 and that was the housing of Copenhagen’s artistic elite from 2000 to 2010. A group of inspired investors, together with designers, musicians, chefs, artists – during the period of in which the hotel’s re-qualification project didn’t start – created this artistic residence that was different from anything you would see in the city. A curious experience, a bit like what happens with LX Factory, in Lisbon. 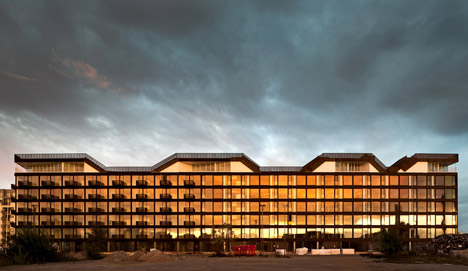 As an observer and a listener of a city that you love – Lisbon – can you identify an “inside” and “outside” of the city? In the US people even mention an “Inside/Outside the Beltway”.

I can. It’s frequent to find people who rarely move in both spaces – always depending on which side you consider to be the “protection” or the “threat”. I live in downtown Lisbon and when I say this out loud I feel like people get surprised. Specifically those who created stigma about the centers. People like quietness and the suburbs in a way can offer that. Here is more common to see children playing outside – although in many cases they do it in “stone gardens”, protected by the community’s “umbrella”. “Inside” a city this scenario is much more blury. There is no time and the fear for the other is something to have in mind when we observe and interact with cities. 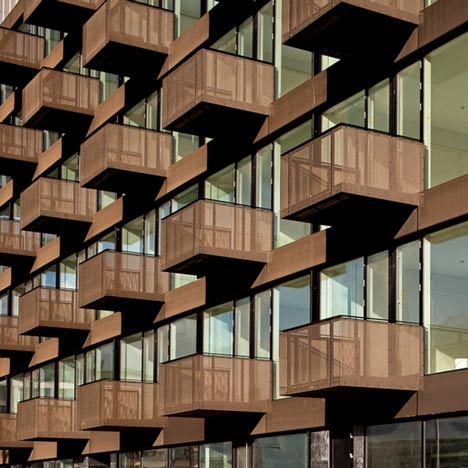 In Luanda – another city that you know well – that distinction between “inside” and “outside” also exist. However, I imagine that that difference is much more contrasting, but also the line that divides both is much “thinner”.

In Luanda, the line that separates urban from rural is very tenuous because of the status of the preservation of the urban fabric. However, this reality is changing in a striking speed – so much so that when this interview is published some of these comments about Luanda might not make sense. Angola’s capital is changing and is the “postcard” for the development that that society has been making since the end of the war. You can breathe prosperity, that is a fact. But at the same time a change in behavior should follow this change. Cities are made by people and these are the ones that impose the rhythm of the change that desire. So, the line between urban and rural is being redesigned as we speak, although in a different way. A new way of life should follow this change. 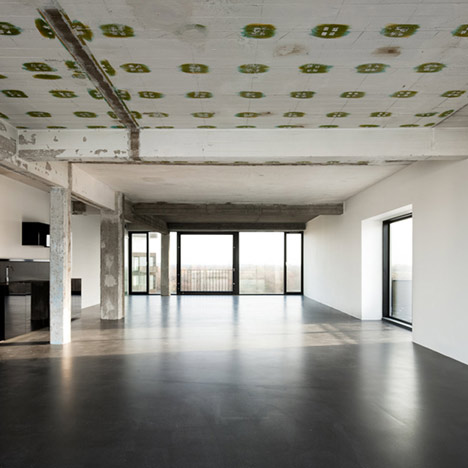 It’s funny that you mention change because it seems to me that, there is a democratization – that is not perfect – but that also is evolving geographically. I mean that some decades ago it would be impossible for a group with the international success that Buraka Som Sistema has, to be put together by creative people from the suburbs. I think that exclusivity of the center as an “artistic catalyst” has been lost. And I think that is good. Even the name of the group reflects that.

There’s not many creativity in the center of the cities. Changes in society were always brought from outside to inside. If we take a look at other cities and other pop phenomena – be it in music or any other art – we can identify a pattern. And this pattern is linked – in my point of view – to the need that people have to change their intellectual, economical condition… It’s in that way that we relate with culture. Beatles, Banksy or Dieter Rams, all of them are from peripheral cities. If we observe well the Buraka… Lisbon is equally a peripheral city, and this gives us even more motivation to transform what we do in a global product. 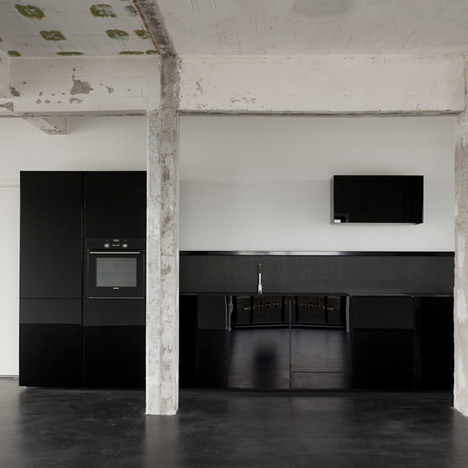 You refer to Lisbon as being a “disinterested” city.

Lisbon lack a certain “critical mass”. Every city is similar, there is a main square, one or two very important avenues, emblematic districts, the church, the hospital, the school… what make a place special are the people. People from Lisbon are disinterested and that attribute can be identified when we look at the style that settle in the city. Today we are “surfing” on the “Portugal” brand like never before. We had to get to this critical bankruptcy to understand that the only way for us to survive is to look inside and transform “saudade” (nostalgia) in an exportable commodity. 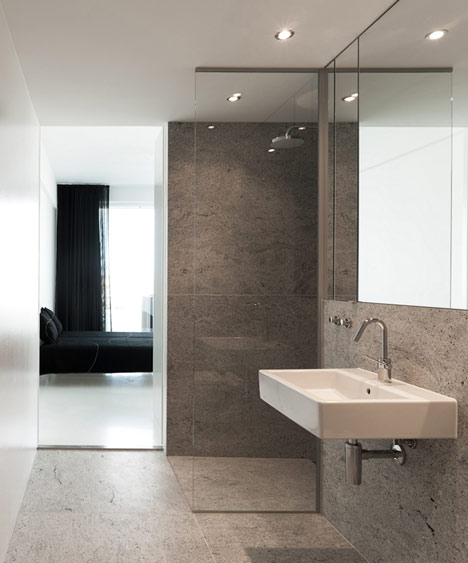 What type of built space do stimulate you the most?

Spaces like Casa da Música in Oporto, or the Parque and Baixa-Chiado metro stations in Lisbon, or a vibrant square like Praça do Comércio is becoming. For my work I need to interact with people, and public spaces are always stimulating. 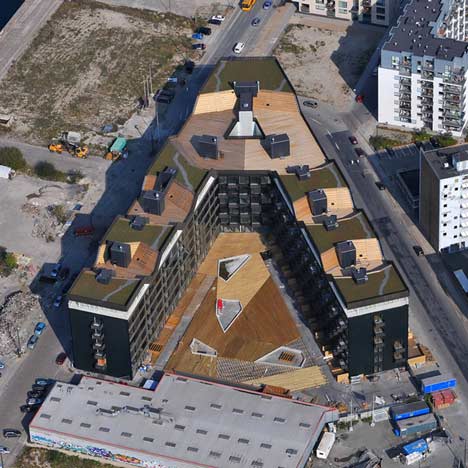 In the past, creative processes were very authorial like, in the sense that, although most of things are not created by one single person, there was someone who was the author. That happened in music as well as in architecture. But things have changed a bit. Architect Rem Koolhaas even says that nowadays what’s incredible is that no longer can you identify a single creator, there is an awesome collective inteligence that makes it difficult for anyone to look at any object and identify an author.

I believe you can. The thing is that the arts were normally destined to individuals where now they are a “stage” for exchange of ideas and collaboration. But there is always a selective process that has to be done by someone. Movies and theater have always stimulated the collective effort. Today we have more means to create stuff, and technology have showed us that genius is in the capacity to select with precision a specific idea/object/image/sound. Collective intelligence and the fact that today knowledge is more democratized, more accessible, change Art. Moreover, countries like India and China now offer us solutions that were once exclusive only to few people living in the West.