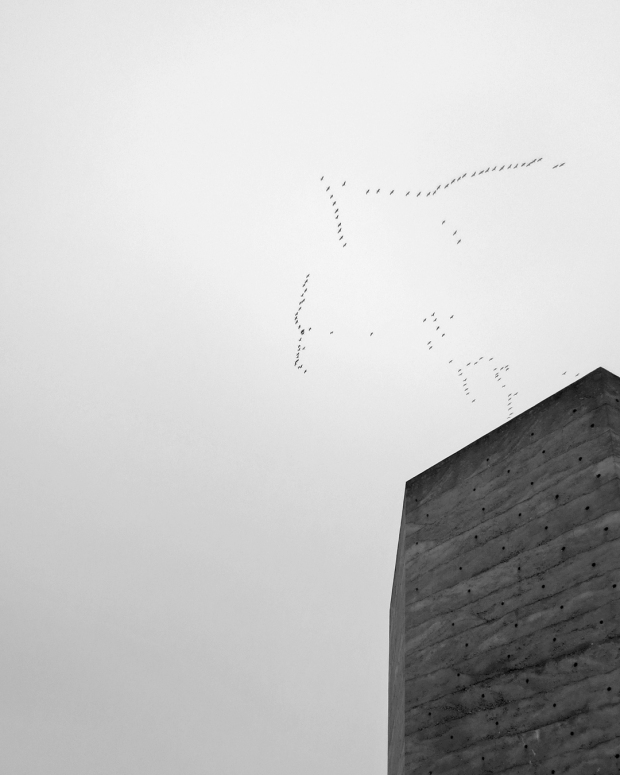 “So I think it is a reptile, though it may be architecture.”

Mark Twain – “The Diaries of Adam and Eve”

I’ve been meaning to write about that day for the past two years.

The car stopped and I recognized her from afar. “I’ll be back at 3pm, ja?”, said the driver with such a German certainty and accent that I did not doubt his promise. As the car door closed, I left behind everything that had taken me to that field. I left behind 30 minutes of songs played by a local radio station, which made the idle monologue that I was having with a stranger less awkward. I left behind an hour-long wait, wandering through an area that had no more than homes and backyards. I left behind yet another hour inside a train between Cologne and a small town called Mechernich. I left behind over an hour-long wait for that train. I left behind three days of tours around the city with people I would meet at the hostel lounge. Currywursts soaked in sauce, served in paper plates with round-cut edges. Showers with hot to scorching water. Well-organized traffic. Subway stations that took me to a time I believed to be of a genuine post-war. I left behind two flights, a five-hour stopover in Barcelona and nearly two hours of Mies. I left behind the three months that stood between that field and the room at Rua das Flores where, on a December morning, I had promised I would visit her.

It was the first day of March and the last afternoon of my trip to Germany. I saw her from far away. She stood around a thousand meters away, in front of me. From that distance, she seemed to be as tall as the curtain of trees right behind her. Enlightened. Isolated. Located in the midst of a wintry green that expanded towards the sky. A grey carpet unrolled in a sound of popcorn being chewed, which followed me with each step I took. There was not a soul to be seen. The only voice that I could make out was that of Nature. Organized. Planned. The cold air that entered my lungs came out through my mouth, heating my face, hugged by my coat’s collar. The movement and anticipation made me feel as if my heart was beating against my clothes. I was getting closer. It seemed as if she was made of the earth where she stood. Her face was more complex. Polyhedral. Cubist. When I was so close to her that I could see the pores in her skin, I glimpsed the triangular opening that marked the entrance. I drew closer and put my hand on the door handle. Cold. Polished. The same material expanded in a thick monolith. The door was heavy. Oddly, and though it had seemed like it would have been, it was not difficult to open. I closed it as soon as I had gone into a primordial darkness. I had never closed a sacred space before. Once again, I was leaving something behind. There was an “outside” and an “inside”. The entrance indicated a mysterious curved path, which gradually increased in height and clarity. As I walked towards the light that came from the sky, its entrails became more evident. They had the plasticity of moist clay streaked by a trunk, from top to bottom. They had a singed hue, stippled with bright glass bubbles embedded throughout the wall. There were different colors and textures than there seemed to have been from the exterior. A few more steps and I could see: the path drained into a conic space, drowned in light, completely open to the sky. Transcendent. Transversal. The irregular, leaden floor created small puddles. I walked around as if it were an ambulatory. The space seemed to contain the souls of Stonehenge, the Pantheon and that room at Rua das Flores. I sat on the wooden bench, which seemed to levitate. I loosened my clothes. Before me, stood a bronze column with the representation of a sacred figure, which rose toward the leaf-shaped oculus. On my left was a suspended metallic box. A crackling sound, nearly imperceptible, arose from the candles, which stood on the sand within. I looked to my right and saw another metallic box containing various lying candles, a lighter and a notebook. I got up and lit a candle, which I buried in the sand. The silence allowed me to hear the sound of the friction between the wax and grains of sand. The charred wall, now near the lit candles, was a shade of amber. I seized the opportunity to graze the sharp-formed wall with my hand. Rough. Volcanic. I sat down on the bench once again, where I stayed for around half an hour, immersed in the intense experience I was witnessing (I did not take one single photo inside). The howling of the wind through the cracks in the door and the clamor of the birds reminded me that I was not alone in that space. I felt all of this within an emptiness that seemed to take on the form of two hands; praying, encapsulated within a great mineral block that envelops those who visit it. I finally stood up, leaving behind the 2:30pm sunlight, which shone upon me, one last time, through the oculus. I walked to the door, indicated by the triangle of light that escaped through its cracks. Once “outside” again, towards three in the afternoon, I felt blessed as I realized that, in that field, it had started to snow for the first time during my trip.

Twenty hours later and twenty thousand feet above ground, somewhere in a plane on the way to Porto, someone asked me: “Did you go to Cologne only for the Architecture?”. It is complicated to answer that question (normally, even someone might be my first reason for a trip).

There is a curious quote by Carl Sagan. He used to say that: “We are made of star dust. The nitrogen in our DNA, the calcium in our teeth, the iron in our blood, the carbon in our apple pies were made in the interiors of collapsing stars”. I also feel that in Architecture. The elements that are present in the materiality of Architecture (from the primitive hut, an archetype that was theoretically formulated by Laugier) are present in our bodies, one way or another*. If we are made of star dust, can we then state that the body of Architecture and the human body share a metaphysical connection? Isn’t the matter used in Architecture composed of the same elements that make up our body? As someone who is passionate about Architecture, would it be inappropriate to consider the possibility of a triad “God – Humanity – Architecture/insert the interest that pleases you most)”?

Like in many trips, the discovery of unique spaces or the return to other known ones are done with new/renewed sensibility. That place was able to change something in my brain and within my soul. Scholars would call the first capacity neuroplasticity and the second one spirituality. No cathedral has led me to have faith in something superior as much as that chapel. That afternoon, my life changed. Inside that chapel, I discovered a connection between God, Humanity and Architecture, and nothing else seemed the same.