Try to imagine what it would be like to see Lebron James playing in your neighborhood. In Harlem, away from the chaotic epicenter of Manhattan, is a basketball court just like many others if not the fact that both amateur and professional players have played here. 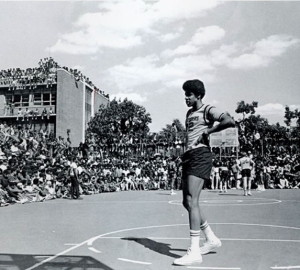 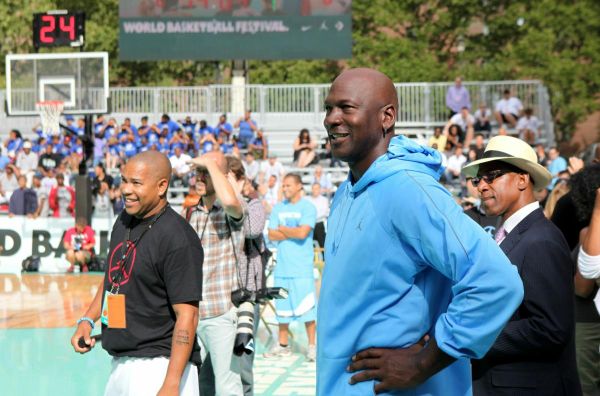 After some minutes playing on the court, I had the opportunity to sit down and talk with a young man who was there. He told me all about the neighborhood, what was it like to live in the projects (in one of the Polo Ground Towers which look down on the court) and about what he did (he sings and produces rap music, films and edits his own videoclips).

“There are kids who spend all day here. It’s important for them to have something to do and to want to go out and see the world” I remember Meta Mike saying. When I asked him where he would like to go he said that Spain would be nice and Egypt as well – “I have a lot of Twitter followers from Egypt, I would like to go there”. However, he says that he will always go back to Harlem. It’s where he learned everything he knows. I didn’t want to leave New York without visiting Harlem. I was really happy that I did. Places like this remind me about something singer Kalaf told me once about how frequently creative changes are born from the outside to the inside of the city – or as Jay Z says about his path “from Marcy to Madison Square”.

New York is a “mosaic of episodes” which extends for more than 2000 blocks, and this is one of those parts. It is also part of the day-to-day life of these children and teenagers who live in the projects close to Rucker Park. Be it in Harlem, the Bronx or Brooklyn, or in any other neighborhood, you can’t say that there ones that better than others. “People can inhabit anything. And they can be miserable in anything and ecstatic in anything. More and more I think that architecture has nothing to do with it. Of course, that’s both liberating and alarming…” (Rem Koolhaas). I totally agree.