Christophe Laudamiel (Clermont-Ferrand, France, 1969). Award winning perfumer, creator of renowned fragrances like “Polo Blue” (Ralph Lauren, 2002), “Cool Spray for Women (Tommy Hilfiger, 2001), “Fierce” (Abercrombie & Fitch, 2002) among many others. Has a Master’s Degree in Chemistry (European Higher Institute of Chemistry in Strasbourg, France, 1991) and became teaching assistant in chemistry at Harvard University (in 1992). Currently he’s President and Master Perfumer at DreamAir (New York). Among some of his exhibitions are those at Quay Branly Musuem (“Garden of Addiction”, Paris, 2012) or at the Guggenheim Museums (“ScentOpera”, New York and Bilbao, 2009). Some mention him as a “scent sculpture”.

Hugo – It is very normal for the vocabulary of perfumers to borrow words from other areas (music, botanic, architecture, etc.) As a perfumer what are the general links you see between perfumery and architecture?

Christophe – Architecture is an excellent discipline to make analogy with perfumery. In fact to explain Perfumery I use architecture a lot. They are both 3 dimensional, they both use materials of all kinds, naturals and composites or synthetics. Building a fragrance involves building an esthetics to be perceived on the outside but also a central structure which has nothing to do with the final impression, just to hold the rest (like the internal skeleton of a building it is strong but often ugly, not to be seen, has nothing to do with the final look of the building).

A fragrance contains a lot of ingredients that are there not to be smelt per se but to give strength, or to hide other ingredients, or to make a fragrance more shiny or more long lasting. The way we build a fragrance as well: we can start from a base and add some airy top on it, or start from an airy top) like a nice roof, or cover, but then we have to give it a base or a strong foundation. 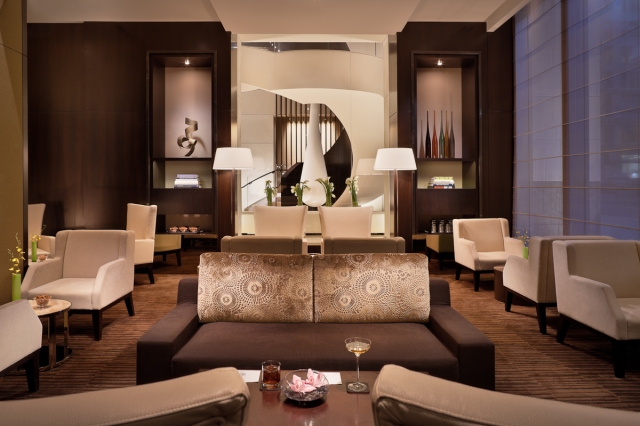 I believe that the work of a perfumer must be – most of the times – very laboratory-like, very formal in its procedures. This also happens in architecture further in the process. However, we see great examples of remarkable architecture (most of the times anonymous architecture) that is made in a very informal way because it deals with everyday reality. Can a good perfume be the result of a certain informality and intuition of processes?

Perfumery deals with a lot of know-how and intuition. There is no Photoshop or CAD in perfumery because nothing is predictable and because of the laws of Thermodynamics and a little bit Chemistry. Architecture deals mostly with Physics which is quite predictable and calculable. Even the most powerful computers are unable to calculate a fragrance system containing more then 2-3 molecules. We routinely deal with 30-80 ingredients, which means 200-300 molecules, all interdependent. Fragrance starts often with unexplainable facts at first, explained only after the fact. Once it is finished. The laboratory setting is there because we need to preserve substances always fresh and we need to dose them precisely into a scent. The work itself is more like inside a painter’s studio. A lot of pigments which by the know-how and the flair of the painter/perfumer gets transformed into something which has more than a mathematical rendition of pixels for instance.

Good buildings share a common quality with good scents: a harmony between their different components. As architects or as perfumers we deal with a vast catalog of materials, and those materials can be put together in different ways and in different quantities.

Harmony or contrasts and clashes, it depends. But just like in architecture probably, you have clashes typical of someone who is learning, of a student, basic and not profound, and you have clashes that are characteristic of a master. The same debate can take place in perfumery. Sometimes harmony means boring, sometimes it means magically moving for people. Sometimes it can be perceived only by experts, and the public doesn’t understand, sometimes everyone is fascinated by the results. 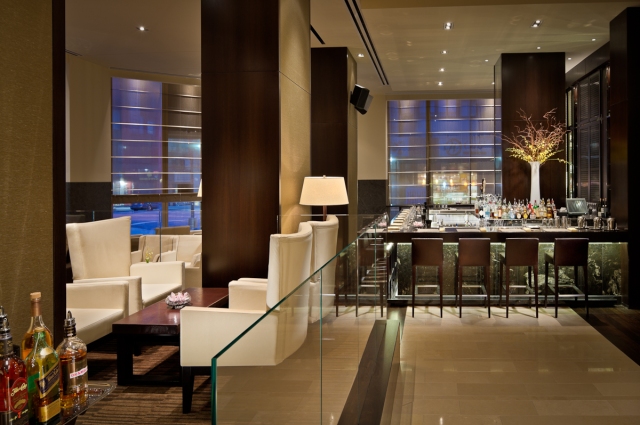 It is frequent to see buildings that are just “skin” in the way that, what is really important is to have a huge impact from the exterior, to cause some “awe” (whatever happens inside the building is secondary). Does this also happen with some (well-known but mediocre) perfumes? Fragrances where the intrinsic quality is not that remarkable, but the first smell impact or even the package, or the bottle, or even the brand name, cause that fascination.

Very often, and even more than in Architecture, where you can have Mercedes logo on an ugly building, (Usually it won’t make the building more interesting because people have learnt since school, to make a difference between what they see and what they read), in perfumery, people, by lack of training, have a very hard time judging a scent only by its smell. The bottle and the brand and the marketing talk influences greatly. I always train people to smell, by closing their eyes, and not looking at the name, nor the brand, nor the bottle. Then open the eyes again. Having said that, info on a scent can be good, and can open the eyes further or give another perspective, but first see what your nose is trying to tell you. Especially nowadays, it is very, very rare for a brand to be a guarantee of a certain quality, consistently.

How essential is a “good client” for the outcome of a good perfume?

Just like in any other art, a good client can be someone who: has “no clue” and will remain open, respecting the creator, total carte blanche or just saying frank “yes” and “no” a few times, or can be someone who knows exactly what he/she wants but just doesn’t know how to actually make it. The people in the middle are the worse: the ones who think they know but have no clue and no passion or the ones who have no clue and cannot make a decision at the same time. 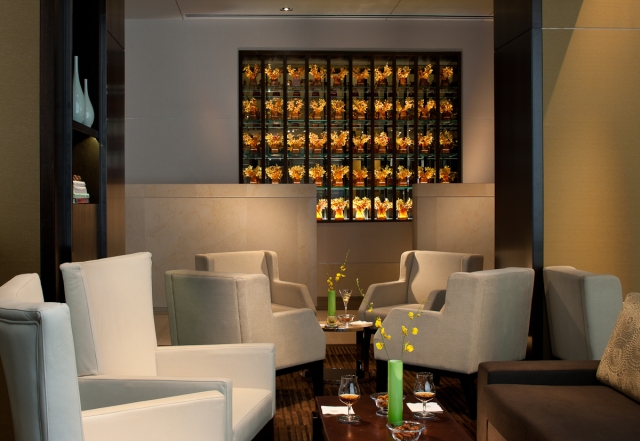 I would like to talk about scale. Particularly the scale of intervention. There is this naïve notion that perfumery pretty much is aimed for the contact with the skin, in the sense that to use it you put it on your skin. But perfumers also deal with other scales – just like in architecture. In fact, the correct choice in scent for a particular space – a store, a hotel, etc. – is becoming very important.

I created the brand Air Sculpture(R) with my company DreamAir for people to understand that designing a scent for the air, for the ambient is as refined as designing a scent for the skin. The emotions can be different, the concepts too, but the work and the quality put into it is the same. In fact for the air, one can be even more elaborate, even more creative as for the skin, as the scent does not touch the skin in a significant way (so less safety concern), more characters and effects are possible (people are ready to smell more things when they don’t have to carry them with them all day long), and when we create for the air there is no alcohol/water mixture to take into account which at times oxidizes the fragrance. Alcohol and water are fabulous diluents (like white paint for a painter, or almond oil in cosmetic) but they bring some requirements. In the air, anything can be played, fresh any second.

People have to know, and that should be taught at architecture school, along with lighting and music/sound design, that olfaction is as important for the brain as vision or audition. The smell of metal, new or old carpets, white paint, or stuffy dusty buildings, impact the building users. A building, or a location, always has a smell. A nice smell, or an appropriate smell, reflects better on the perception of the place or of the goods inside. Things can look more elegant, more friendly, more quality, or more natural depending on the smell. Or less stressful, or more clean, etc… and on the emotional state of the occupants. A nice smell make people feel more relax, people stay more in the building, people are more polite, etc… I’m talking here all things shown in scientific studies. It is extremely important. Also, by the way, you can go to the next level where you can change the atmosphere of a place in a heartbeat by changing the scent cartridge of the scent player. For an event, for night vs. day, for season, etc. Much cheaper than installing a new lighting system, much easier and quicker than repainting or redecorating a whole place. 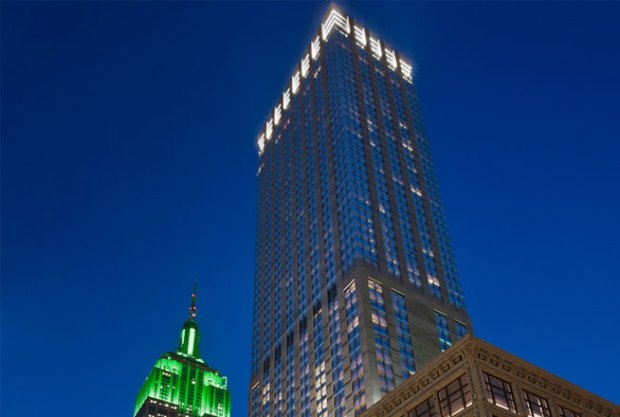 Exterior of The Setai Fifth Avenue Hotel. The hotel corridors are scented with Air Sculpture® MoonWood 30

Do you understand fragrances like books or music, in the sense that they can be seen as “immobile intensities”? All of them do create strong emotions that sometimes takes you to another place. French philosopher Gilles Deleuze mentions the existence of a “Geo-music” a “Geo-literature” a “Geo-philosophy”. Are fragrances also Geo-referenced?

A scent is ideal to transport people in time and space. Everyone knows the link, extremely strong, uniquely strong, between a scent and memory. You can play cut grass, jasmine or Mme de Pompadour’s Boudoir in a place and people will be transported. Just put one clue to guide them (like one picture), and they will feel they are there. No need to redecorate the whole place, because a scent is 3 dimensional and because a scent is actually matter of the place coming into you (and very safely by the way, you don’t get allergies just by sniffing something, the nose and your lungs are made to smell). You cannot detach as much as you can detach from a music. You can play a baroque music, but if you play a scent that smells like wigs, and powder, and fabrics, you are transported even more.

How important is narrative in perfumery?

Famous painters have said that they would not need to paint if they could tell the same with words. The same happens with scents. Just smell something simple or complex, natural or very sexy, and a whole mini story, the chapter of a book comes to your mind. On top of that we have very few words to describe scents, so it is even more important to smell.

I do believe a few words or a picture is important at times to guide people because we are not used to smell, we are not taught at school. The squeak of a violin tells everyone in a horror movie that something worrisome is about to happen. We don’t have all these common codes in perfumery. Yet we have enough to transport most of the users of one scent or of one building into the same trip, the same story if we give it a few words or a few pictures, or use obvious scents at first.